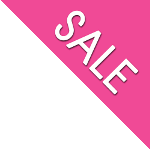 Make your own donuts with ease using this commercial cake doughnut mix from Bakels. Bakels Cake Donut mix is the same mix used in popular donut shops where you buy cinnamon donuts and glazed donuts. For cinnamon donuts, simply roll the cooked donut in a cinnamon sugar mix. For a glazed donut, cover the donut in a soft fondant of your choice.

This doughnut mix works best in a deep fryer containing vegetable oil. The mix can also be baked in the oven. The recipe is supplied with each cake mix.